Flea Dirt (Flea Poop) - What Does it Look Like?

Fleas are agile, wingless insects that can pierce skin and feed off the blood of hosts, namely household pets and sometimes humans. With the ability to jump considerable distances and procreate very quickly, fleas are a serious pest and their presence should be dealt with immediately. A common marker for these little vampires is the presence of flea dirt. 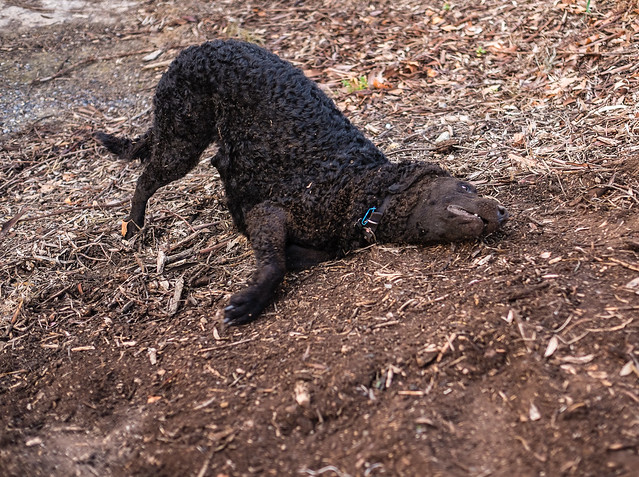 What Is Flea Dirt?

When fleas excrete the host blood as fecal matter, it manifests itself as small dark lumps akin to black pepper or specks of dirt[1]. This matter - also commonly referred to as flea poop or flea dust - will cling to your pet's coat or skin like black dandruff. While the dust itself is not necessarily harmful, it's a sure-fire indicator that you have a flea infestation on or around your pet.

How Do I Spot It?

As cats tend to roam outdoors and dogs like to frolic in, shall we say, unsavoury patches of mud, it's important to make sure that those black specks are actually flea poop. Fortunately, there's a very simple test: either comb out a few pieces of dirt onto a towel and dissolve them with a little water, or rinse your pet around the dirty area. If the substance turns from black to a dark-reddish brown, you are almost certainly dealing with flea dust.

Have you ever tried to give a feline a bath? While most dogs will wag their tails and dive headlong beneath the surface of any pond or pool they see, cats are rather more selective. For that reason, bathing shouldn't be your first option for your poor cat.

Invest in a comb like the Safari Flea Comb for Cats. It's a simple, straight-toothed metal comb like that used for removing lice from younger children. Dip it in water then carefully run it through your pet's coat, making sure to wipe any dirt on a piece of kitchen towel. While your cat might squirm a little, this is the easiest way to eradicate dirt and remove living fleas simultaneously[2].

If you can handle a little more water, then washing your cat with a feline flea shampoo will dissolve and wash away flea dirt. A wide range of shampoos are commercially available, but take care to read the warnings and chemical ingredients: many shampoos are toxic to cats, kittens and puppies. Essential oils are also toxic to cats and should be avoided.

It is also important to note that most over-the-counter flea shampoos will wash away many fleas and larvae in addition to flea dirt, but generally do not kill live fleas on contact. For tips on how to eradicate your flea infestation permanently, visit this webpage for more information.

Finally, vacuuming your cat (if she will tolerate it) is another effective method for removing flea dirt, as well as fleas and flea eggs, from the skin and coat. It is also useful for removing flea dirt from other surfaces in the house where it is likely present, such as the animal's bedding.

If the dirt keeps appearing after your combing, bathing and vacuuming, then you probably haven't managed to eradicate the fleas. Try repeating those steps once more, as well as washing your pet's bedding and any carpets or rugs in the house. Use hot water, where possible.

Sometimes the fleas themselves can be quite hard to locate and they can bound over a foot in a single jump. Be mindful and check the bedding and sofas regularly during the spring to autumn months in case any newcomers make a nest of them. Dealing with fleas can be a prolonged and irksome issue, but decisive, affirmative action can put them in their place nice and quickly.