How High Can A Flea Jump

How High Can A Flea Jump?

For pet owners, when it comes to household pests there is none more irksome and evasive than the flea. They make themselves at home all over your pet's skin, from the middle of the head to the end of the tail. Some will lay eggs on your mattress, quietly wait on your pillow until bed-time and even hatch on your scalp. It's important to consider that while they can't fly, their ability to jump is really quite remarkable. Adults can jump nearly 13 inches horizontally; that's 150 times its own body length! 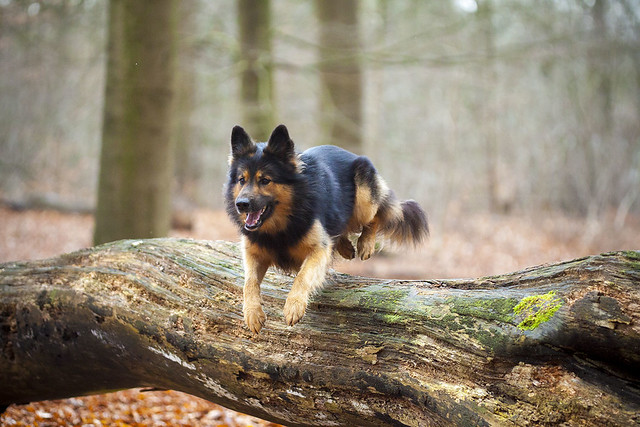 Following nearly a half-century of debate among biological scientists, it has been determined how these tiny insects are able to project themselves such dizzying distances. With three pairs of powerful legs [1], fleas are genetically designed for jumping. Unlike humans and many quadrupedal animals, fleas do not generate the majority of their spring from energy stored in the knees. Rather, they tuck in all three pairs of legs, storing up energy like a coiled spring, or a drawn bow which is eventually projected through the toes.

To jump, their coiled limbs are released and their hind legs fire off the ground like an arrow released by an archer. As the legs straighten, all of that tension flows down to the toes and it pushes off.

The current world record for the standing long jump is 3.73 meters [2], set by a professional NFL player; just over double the height of an average American male. For context, that's equivalent to a fully-grown flea jumping around 7 millimeters. Video analysis of fleas suggests that they can jump seven inches vertically and nearly 13 inches horizontally.

In relative terms, a human being with such profound jumping ability could set a new standing long jump record of around 130 meters. That's more than double the wingspan of a commercial jumbo jet.

Jumping To A Host

Suffice to say, they can certainly leap. Crucially, this means that all cats and dogs are easy prey to a hungry flea, especially when lying down. Beds and mattresses are a more challenging obstacle, but there's no doubt that they are capable of making it. If you ever suspect your dog of having fleas, do not let them into bed with you - an adult could hatch hundreds of larvae on your duvet before being spotted.

While vastly superior to us in jumping ability, they are no match for your human intelligence: wash your bedding, comb your pet and remain diligent in rooting out fleas and you'll be rid of them in no time. 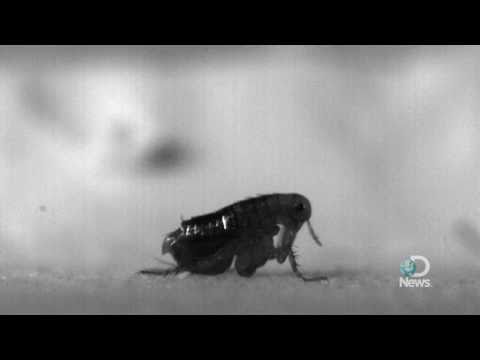